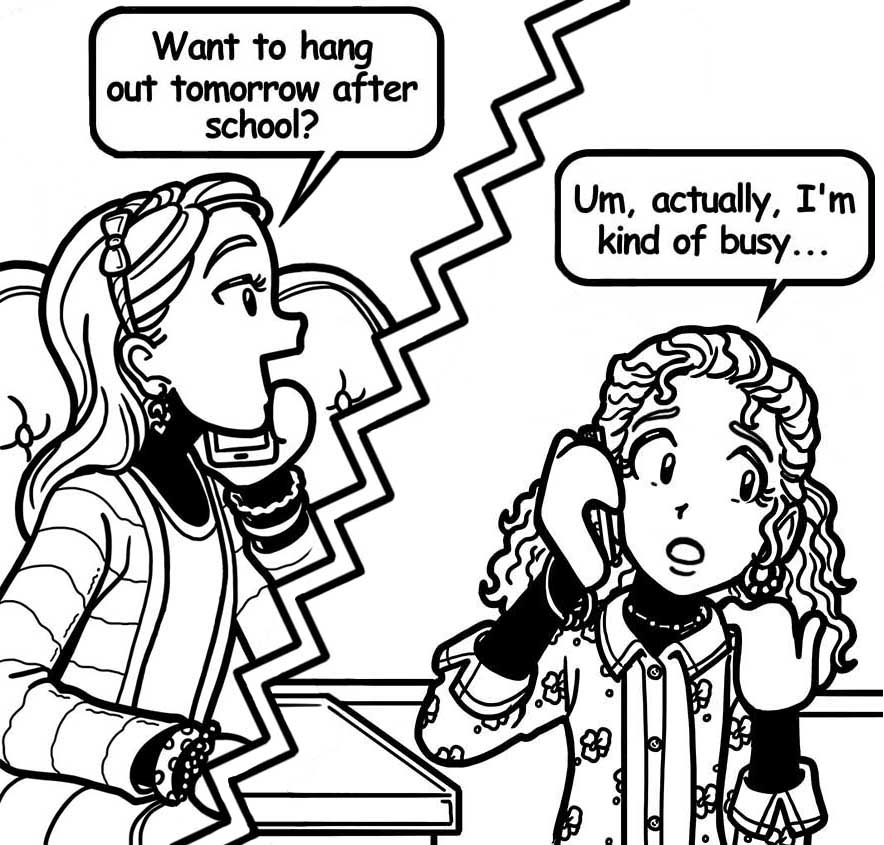 Nikki, help! My BFF and I have been besties for more than three years, but recently it’s been more of a one-way friendship. I’m ALWAYS the one to invite her over and ALWAYS the one to start a text conversation. I feel like I might be too clingy and she might not want to be best friends with me anymore! Any advice?

Okay, first of all, this is a TERRIBLE feeling!

Second, you are NOT alone!!

I think everyone goes through this at some point. So while we can agree it’s awful, there’s some comfort in knowing it happens to everyone, right?

I think the first thing you have to do is tell her how you feel. In person. If I were you, I’d be nervous about seeming too clingy and needy. But you have to talk to her. It’s the only way to know what’s going on. She’s not a mind reader. And maybe she just has a lot going on. Maybe there’s family stuff, health stuff or some other stressful stuff that’s taking her attention.

But, sometimes friendships change. People grow apart. This is painful, but it totally happens. Because here’s the thing: you guys are growing up. Which is AWESOME! But it also means you’re changing. And while it would be great if you could change at exactly the same rate, in exactly the same ways, that’s basically impossible. Identical twins don’t even change identically!

So, maybe that’s what’s happening. She’s changing in a particular direction and needs something different from you than she did before. It may not mean she doesn’t want to be friends with you anymore.

But either way, you need to talk to her. Don’t text, where it’s easy for her to just not respond to a difficult question, or get distracted by something else. Do it in person. Try not to be demanding of her time, but let her know you miss hanging out with her. And you miss feeling like a priority to her. Don’t act angry, or she’ll be defensive. Show her how you feel and how you wish things were!

The thing about talking to her is that there’s a chance she’ll say, “You know what? I actually need some space.” And you have to be ready for that. But, wouldn’t it be better for her to tell you the truth than for you to keep wondering what’s up with her, the way you are right now?

Also, it’s not all or nothing. It’s not like the only choices are BFF or stranger on the street. She can still be your friend, even if she wants some space from being BFFs. It’ll take some getting used to if you’re moving into a different stage of your friendship. But the changes are already happening. The difference is, now you’ll have a clearer idea of what to expect.

And, here’s the other thing you should totally remember: you had SUCH a close friendship for so long, and that shows you know how to be a good friend. Even if this close friendship is coming to an end, you WILL find another good friend who’s just right for you again! 🙂

I’m sorry you’re going through this. It’s hard. I hope she’s going to say, “OMG!! I’m SO sorry, it’s just I’ve had X, Y, and Z going on, but I really want to be a better friend!” But if she doesn’t, I’m confident you WILL find a way to move on and you WILL build new friendships. I promise!

Have you ever grown apart from a BFF? Did you talk about it, or just drift? How do you know when a friendship can be saved?