I FORGOT MY FAMILY’S LANGUAGE!! 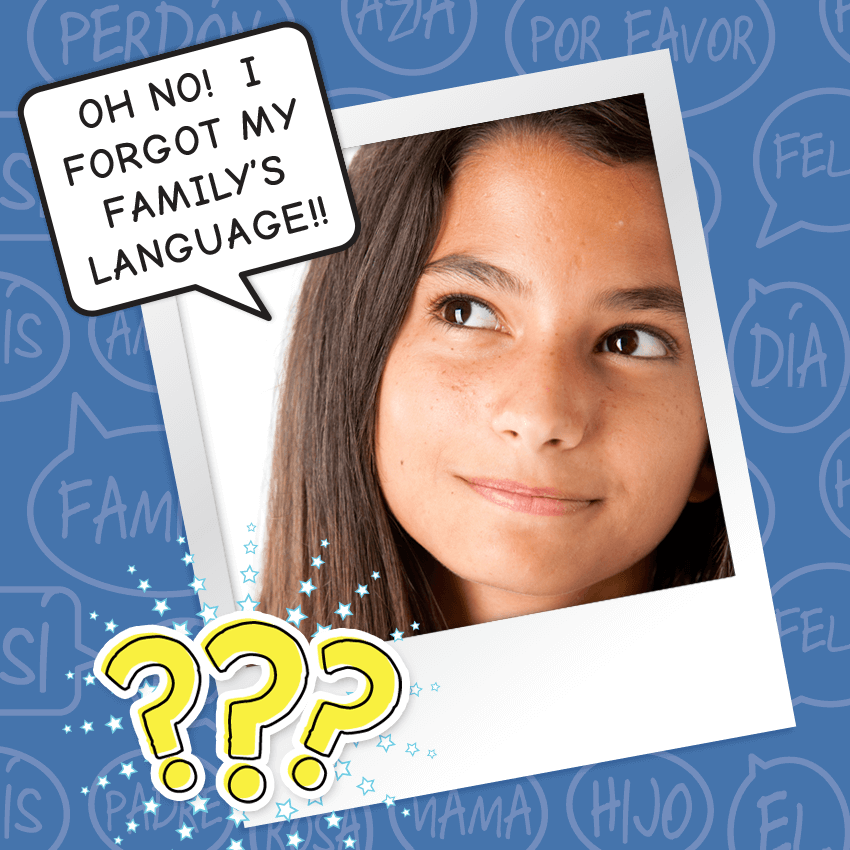 My family is from El Salvador, so my parents speak Spanish. My siblings and I are supposed to speak it at home, but I’ve adapted to English so much that I can’t speak it very well! Even tutoring doesn’t help, and my parents are starting to get pretty annoyed with me. Please help!!

Hey There! Thanks for your message.

So, I know nothing about being bilingual, but I spoke to my neighbor, Mrs. Larez. She’s from Venezuela, but she’s lived next to my grandparents since before I was born. She’s raised kids here, and I’ve heard them all talking to each other in Spanish.

She said it was also hard for her kids to speak in their native language, since almost all of their world is in English, like school, sports teams, and hanging out with friends. After a certain amount of interacting with people in English 80% of the time, they started to slip into English at home, too. They were just more comfortable with it at that point.

The trick, she said, is to make sure they spend time in situations where they HAVE to speak in Spanish. They do have the ability, and so do you. If you were dropped in the middle of El Salvador without a translator and needed to ask for help to get back home, you could do it. Your language skills might not be perfect, but you’d make yourself understood. And the more you do it, the more comfortable you’ll get.

So, I don’t know where you live now. But wherever you are, your language is probably used a lot. At home, or even with a tutor, you might be expected to speak Spanish, but at the same time, you know you can speak in English and you’ll be understood.

I think you need to put yourself in situations where you won’t be understood unless you speak Spanish. Maybe this means volunteering to do something with immigrant kids. Maybe you could go to a retirement home and ask if there’s someone there from your country who’d like a regular visitor. If you’re religious, maybe there’s a worship service near you that primarily includes your culture. Go there, and don’t just sit and listen. Be involved, volunteer, and meet people.

The Internet is also a helpful tool. Mrs. Larez mentioned how hard it was when she first moved here 30 years ago, because there was no Internet. (Can you imagine?!) But now, she Skypes with her family in Venezuela all the time.

So, maybe you have cousins or family friends in your country that you could video chat with. Make sure they know you only want to speak in your native language.

Yes, you’re going to be rusty at first. Maybe that will be embarrassing. But you’ll never get better unless you force yourself to speak on a regular basis. (At least according to Mrs. Larez.)

I’m sure you’re not the only one who hears another language at home, but struggles to speak it.

Readers, how do you handle living with two languages? Or, if you only speak one language, which language would you LOVE to learn?