I WANT TO CHANGE THE WORLD!!! 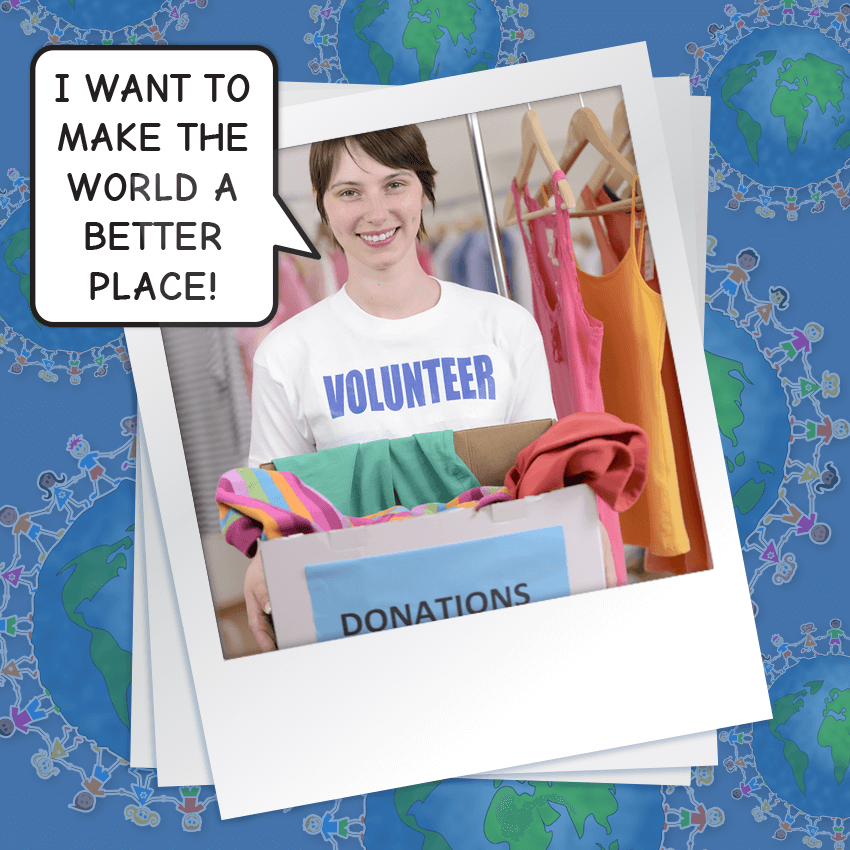 I’ve been hearing about all of these major problems in the world, like endangered animals, oil spills and pollution, homeless people, and of course, the Coronavirus! The list goes on. At the moment, I just want to DO SOMETHING!!! But, I feel like I really don’t have the power to fix all of those problems. Is there ANY way that I can make this world a better place?!

You might be a dork (which, BTW, I think is AWESOME), but you’re NOT powerless!

I can understand where you’re coming from, though. Especially as a kid, when you feel like there are so many huge things wrong with the world and you don’t have the money, job or adult status to change things. It’s tough. But, you know what you DO have? You have the passion! And that counts for a lot!

I think the thing about changing the world is that you have to start small. That doesn’t mean you can’t do BIG things! But, don’t expect to solve pollution tomorrow.

When I get overwhelmed, my grandma likes to tell this story. Maybe you’ve heard it before. But Grandma always tells it to me again, even though I’ve heard it already. So, I’m going to tell it to you.

An old man was walking along a beach, and he saw that the tide had washed up thousands and thousands of starfish onto the sand. In the distance, he saw a little boy bending over, picking one up, and throwing it back into the ocean. The man and the boy kept walking toward one another, and when the old man reached the boy, he asked what the boy was doing.

The boy said, “I’m saving starfish. They can’t get back into the water by themselves, and when the sun gets hot, they’ll dry out and die.”

The old man looked at the thousands of starfish on the beach and told the boy he would never be able to make a difference.

The boy picked up another starfish, tossed it into the water and said, “I made a difference for that one!”

(My English teacher is always getting on us to properly reference things, so I looked it up and this story originally came from something called The Star Thrower by Loren Eiseley.)

So, you can’t save ALL the starfish. But maybe you can save some! And imagine if that boy got his friends involved and they were ALL tossing the starfish back in at the same time. Imagine how many more they could help!

So, I think you need to 1) pick a manageable issue, and 2) get friends and family involved!

Look around your neighborhood or your school. Is there a starfish you could throw back in the ocean? Maybe your school only has garbage cans in the lunchroom, and you could organize an effort to get recycling cans in there, too. Maybe you could plant a flower garden that helps endangered bees.

Or, maybe you have a passion for something farther away from home, like making sure girls around the world can go to school. In that case, maybe you could organize a fundraiser to send money to people doing the work in those far away places.

For more ideas and inspiration, there’s an awesome book written for kids and teens on how to make change in the world. It’s called BE A CHANGEMAKER: HOW TO START SOMETHING THAT MATTERS by Laurie Ann Thompson. So maybe walk to the library, pick up some litter along the way, and check it out!

Hey readers, what’s something that YOU would like to do to make the world a better place? Any ideas for Powerless Dork?