I Want To Speak Up In Class, But…! 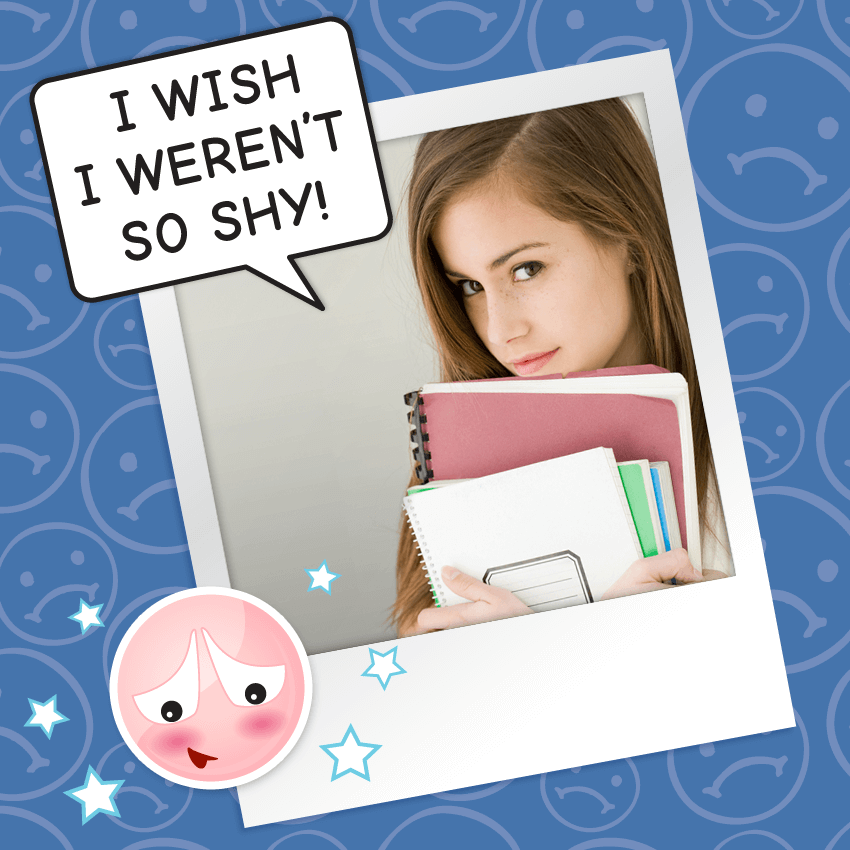 I have a HUGE problem at the moment. I’m not very confident. I have some excellent friends and I’m very good at school, but I’m really shy and rarely say a word in front of the 29 students in my class. Plus, I have ASD. PLEASE HELP!

Hi Taylor! Thanks for writing! How cool that you’ve got excellent friends and you’re doing great in school! You have no idea how many letters I get from people who are struggling in school or having problems with their friends. It sounds like you really have a lot going for you!

But you’re also feeling down, so let’s try to figure that out. You say you’re really shy like it’s a problem. But in my opinion, there’s nothing wrong with being shy. The world would be a very noisy place if everyone was talkative and outgoing! I can be kind of shy myself, sometimes. It depends on the situation. When I think about shy people, I think a) they’re good listeners, because they’re not talking all the time, b) they’re thoughtful, because they only speak when they have something important to say, and c) they’re smart, because they’ve learned a lot from observation. So if you think being shy is a bad thing, it’s not.

The only times I can think of that being shy might be a problem is if you had trouble making friends or succeeding in school because of it. But it doesn’t sound like that’s what’s happening. Still, you’re calling it a HUGE problem, so I want to keep digging.

You also said you’re not very confident, and that’s different from being shy. Confidence is about believing in yourself – believing that what you have to say is important, and that you have talents to share. You obviously do, and you might be more confident if you focus on the things you’re good at, rather than the things that hold you back. Obviously, you’re good at making friends and succeeding in school. What else?

As for the ASD – which is Autism Spectrum Disorder, for anyone who doesn’t know – you’re mentioning this as a problem. But like your shyness, it’s a part of who you are. It may even be a part of your strengths. I have a cousin who has ASD, and she has incredible focus, memory, and dedication to the things she sets her mind to. She says these things are because of her ASD. What parts of your ASD do you like?

And, if there are parts of your ASD that add to your lack of confidence – if you feel like they make it harder for you to speak up in front of your classmates, for example – consider telling your friends or teachers that those things are because of how your brain works. Maybe they can work with you to make you more comfortable.

So remember: focus on the things you’re good at to build your confidence, and never feel badly about being shy or having ASD. As my friend Nikki would say, always let your inner dork shine through!!

What do you guys think? Who else is shy? Anyone have ASD? Do you feel like it holds you back?