When you’re bullied by a mean girl that everybody likes 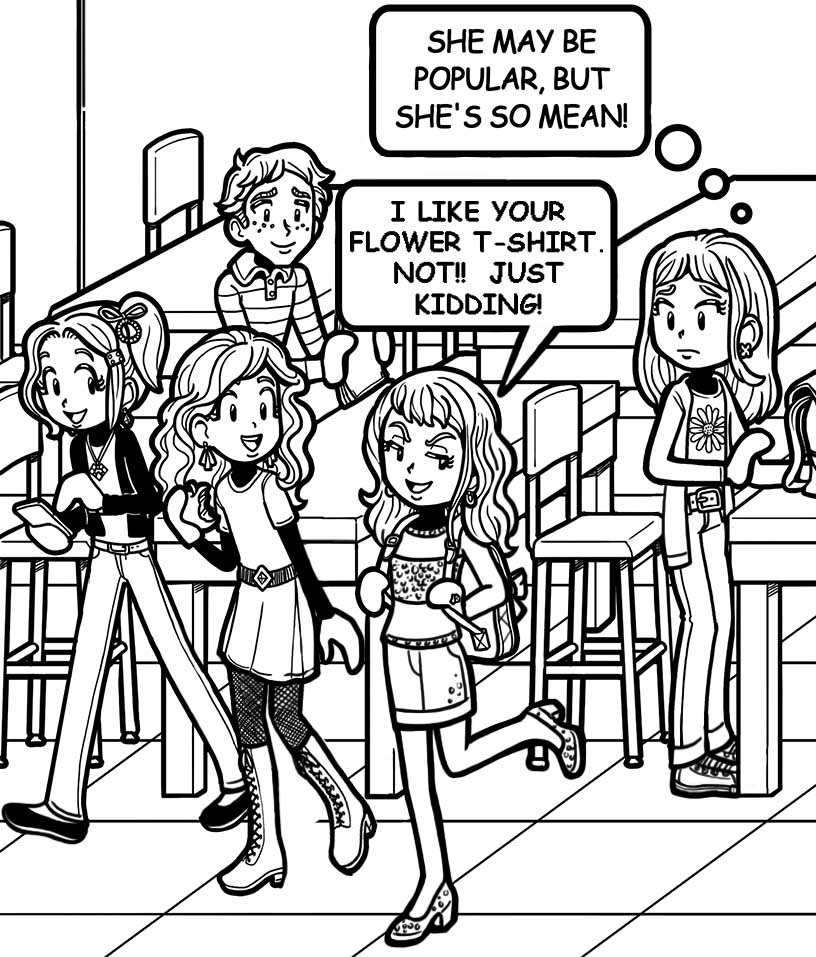 There’s a popular girl at my school that everybody likes, but no one realizes she’s an undercover “mean girl”.  She always teases me by saying that I have a stupid name, and she laughs and snorts at me whenever we see each other. I’ve told a few of my friends that she bullies me, but I don’t think they believe me. One even said that maybe I’m just jealous because she’s so popular.  What should I do?

Hi, Dakota! I’m SO sorry to hear you’re going through this. I know a thing or two about mean girls… *cough* MacKenzie Hollister *cough*!

In MacKenzie’s case, though, plenty of people know that she’s a pit bull in glittery eye shadow. I can’t imagine how I’d feel if everyone thought she was a saint. Well, hang on a second. I can probably imagine. I’d be FURIOUS! And FRUSTRATED!! And maybe even wondering what was wrong with ME that she bared her teeth at me but nuzzled up to everyone else like a sweet little puppy.

This girl is obviously mean, and there’s no excuse for that. I can understand why you’re frustrated that other people don’t see this side of her. But being mean isn’t the same thing as bullying. I think we have to be careful about calling something bullying every time someone is mean, because if we do that, the word loses power. People will stop paying attention and might not take action when a true bullying situation occurs.

So, the way you’ve described her actions – saying you have a stupid name and laughing and snorting at you – sounds like classic “mean girl.”

I’d call her a bully if her behavior includes the following:

If you are feeling any of those things, you should go straight to a teacher or another adult you trust and explain what’s going on.

Now, just because I’m saying she sounds like a mean girl and not quite a bully (at least based on what you’ve described), it does NOT mean I think her behavior is cool. Not at all!  Mean behavior can totally hurt, especially when you feel like the only person who sees it.

Mean girls (or guys) are no fun, but they are manageable. You’ve got to do your best to be prepared for this girl’s snide comments and let them roll off your back. Come up with a response to her making fun of your name, if you want to. Or just roll your eyes when she drags out her tired insults. Try to avoid being alone with this girl.

But, here’s what I don’t get: Your friends!! Why don’t they believe you? That stinks!! True friends should have your back. Maybe it’s your use of the word, “bullying.”  They might think you mean she’s threatening you or physically hurting you, and she doesn’t seem (to them, anyway) like the kind of person who’d go to that extreme. If it’s important to you that they understand, I’d be really clear when you tell them what this girl does.  Don’t say something general like “mean” or “bully.” Say, “She said my name is stupid.”

Even if your friends believe you, they might continue to like her. You should be ready for that. As long as they’re not choosing her over you, that should be all right. Not everyone has to be friends with everyone else. And when you’re talking to your friends, you might also ask them why they like this girl. And, keep an open mind! It’s possible you’ve caught her on really bad days, but there’s a good side to her.

What do you guys think? Have you ever been the only one to see the snarling side of a two-faced mean girl?