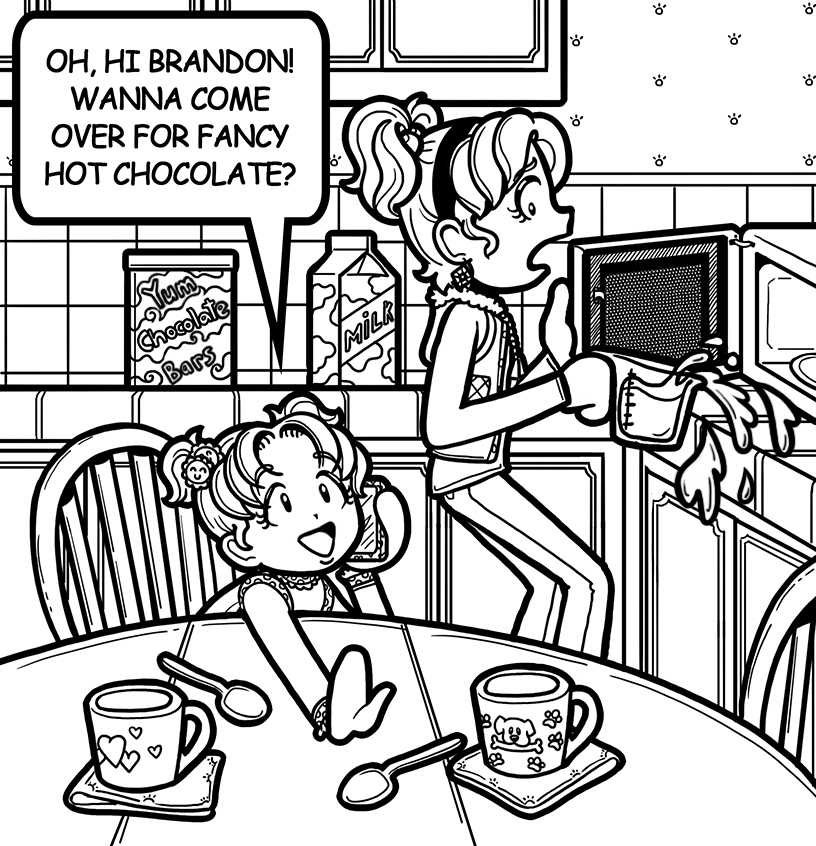 I’m baaaack!!! Did you miss me? My hands are finally thawed out so I can finish telling you about my crazy snow day with Brianna. Remember how I built her an igloo, and that crazy girl DESTROYED all my hard work by standing up inside of it?!

Brianna thought she was Elsa in her ice palace. Maybe I should take that as a compliment, since my igloo skillz were awesome !

So she stood there, buried up to her neck in snow, giggling nervously.  I had to admit, it WAS a little funny, once I finally got over how all of my hard work on the igloo was destroyed.

She tried to move—I think—but there was so much snow around her that she hardly budged. The look on her face changed. Her eyes got big and her cheeks got pink and then—

“NIKKI, HELP ME! I’M STUCK!!” she wailed and the tears started to pour down her cheeks. Elsa never lost her cool like this, did she? (I guess Elsa COULDN’T lose her cool—that was sort of the whole point of the movie!)

So, I had to dig Brianna out of her snow-cocoon and let me tell you, destroying the igloo was not nearly as satisfying as building it! Not to mention, Brianna was wailing the entire time about how she couldn’t feel her feet. She can be SUCH a drama queen! I mean, does a person REALLY need all ten toes?

When she finally stumbled out of the ruins, her cheeks were actually starting to look a little blue. I got kind of worried. Maybe I was the Elsa in this relationship, and I almost turned my little sister into a popsicle!

But, judging by the way she was wailing, she wasn’t completely frozen yet.

I got her inside and out of her snowsuit.  Then, I cranked the heat up. “How about some hot chocolate to warm you up, Brianna?” I asked in between her wails.

She abruptly stopped crying as a mischievous smile spread across her face. “Only if it’s the fancy kind like I had an Amanda Hollister’s house!” she replied.

“The fancy kind” meant that instead of dumping an envelope of pre-made hot cocoa mix into a mug with water and sticking it in the microwave—LIKE A NORMAL PERSON—I had to heat up milk and melt real chocolate pieces into it. This is something Brianna learned from MacKenzie Hollister’s little sister, Amanda. Don’t get me started.

So, there I was, about to zap some milk in the microwave when my phone rang.  I wasn’t able to grab it before Brianna answered and said…

I immediately whirled around, accidentally spilling milk all over the kitchen floor. OMG!!! I seriously deserve the Sister of the Year Award for not sliding across the spilled milk and tackling her! I mean, we all know what she is capable of on the phone with Brandon !!

She grinned at me as she listened to Brandon on the other end of the line and then said, “I’m sorry, Nikki can’t come to the phone right now. She’s too busy making me some fancy hot chocolate.”

“I’ll be right there!” I shouted, grabbing a dishcloth to mop up the milk between me and my infuriating little sister.

“It probably won’t be as good as when Amanda Hollister’s maid made it,” Brianna said, “but do you want to come over and have some?”

I scrambled to get up off the floor and snatch the phone, but my feet flew out from under me. I landed on my butt in the puddle of spilled milk with a loud SPLAT! (You know how they say you shouldn’t cry over spilled milk? SOMETIMES I think crying over spilled milk makes more sense than sitting in it!)

Before I could get up, Brianna sang out, “Okay, Brandon, see you soon!!”

So NOW Brandon is on his way over. He should be here in an hour! My butt’s covered in milk, I’m still gross and sweaty from building the igloo, and I don’t know whether to kiss Brianna or lock her in her room forever!! (Probably my first task should be getting cleaned up, right?! But I had to write all this down first!)
What do you guys think? Should I be mad at her? Or should I make her fancy hot chocolate every day to thank her? Because after all, even if the timing is terrible…