When a girl has mad skills on the basketball court 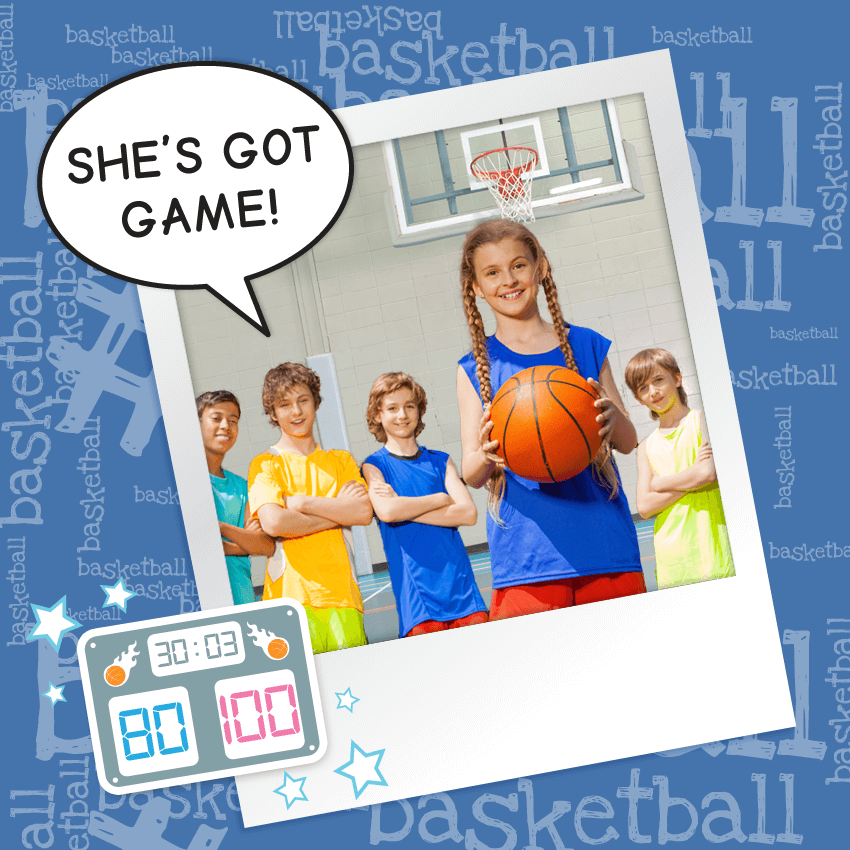 Dude! There’s a girl on my basketball team in my PE class that’s so good, she’s better than me, and I’m a guy. She can outshoot, out dribble, and basically out play me on the court. Her mad skills make me feel like I shouldn’t be on the team. I feel kind of embarrassed, especially when I have to play with her. I get so worked up that I start throwing bricks. Then I get yanked out of the game and have to ride the bench.

What should I do?

Brian, The Used To Be Baller

Hey Brian! I’m sorry you’re feeling down on your game these days.

It never feels good to try your hardest at something and then have someone else waltz up and shine brighter. Why should SHE score all the points when you’re working so hard??

Well…maybe because she’s working hard, too?

But here’s my big question for you: Are you embarrassed because she’s better, or because she’s a girl? Would you have the same reaction to a guy player who’s better than you? I’m guessing there are a couple other players—if not on your PE team then in your league or your neighborhood—who are maybe a little better than you are. It’s pretty hard to be the absolute best, so when playing sports (or doing anything), it’s a good idea to get comfortable with the idea that other people are sometimes going to be more skilled than you are. That’s just life. It shouldn’t get you down, either. You can let it drive you to work harder and get better yourself.

But, maybe you’re not embarrassed because another player is better than you are. It kind of sounds like the embarrassing part is that she’s a girl. In which case, I say to you: Dude. It’s 2016. Are you genuinely surprised a girl might be a better baller than you? Girls are tough, in sports and everything else. They have to fight against the idea that they won’t be good enough because they’re girls, and that fighting makes them even tougher. If I was playing ball with a girl who didn’t hesitate to jump on the court with a group of guys, I’d be all like, “Dude, she’s scary!” Or, I’d be paying attention and learning something from her.

Maybe when this awesome baller shines on your court, you could ask her about her training regimen, notice her technique, and ask her for some tips. I’m serious! You might learn something and make a friend who obviously loves basketball as much as you do!  I hope that helps and you can go back to enjoying your game. That’s what it’s all about.

It’s awesome that you’re passionate about your game.  But, let that passion drive you to be better, rather than get you yanked out of the game. Losing court time has to be worse than being challenged by a tough opponent—in this case, a girl—right?

What do you guys think? How do you feel when someone outshines you?