I think my teacher hates my guts? 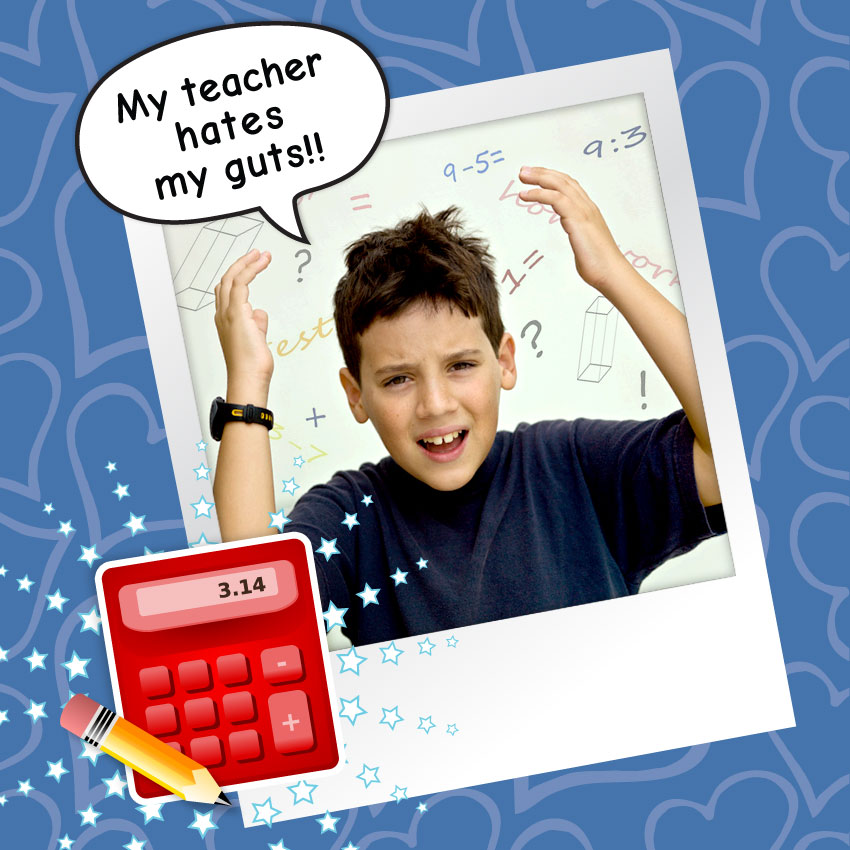 I have a teacher that hates my guts! She’s really rude to me and totally ignores me when I try to participate in our class discussion.

At first I thought it was my imagination, but now all of my classmates are asking me why she doesn’t like me. The weird thing is that I’m a pretty good student. I pay attention, I don’t talk or disrupt her class, and I get mostly A’s and B’s, so it’s not like I’m goofing off or anything like that.

What can I do to get my teacher to like me?

Not The Teacher’s Pet

Dear Not The Teacher’s Pet,

I know it sounds like your teacher doesn’t like you, but it could be something altogether different.

Maybe it only seems like she’s ignoring you because she’s focusing on other kids who need more help.

You said it yourself – you’re a good student, you pay attention, you get A’s and B’s. Maybe she doesn’t call on you in class because she’s trying to help the C and D students get more involved.

You never know – she could have a dartboard with your picture tacked on it in the teacher’s lounge, but that seems pretty unlikely!

If I were you, I’d approach her after class and say something like this:

“I really like this class, and I try to get involved in the discussion whenever I can. How do you think I’m doing? Is there anything I could do better?”

Considering that you’re a good student, she’ll probably give you a few compliments, which she wouldn’t do if she didn’t like you!

If she blows you off and says something rude like, “I’m busy kid, you’re doing great, okay?” then maybe you’re right about her.

But if that happens, you probably don’t want to try to make her like you, because it’s not like you’re doing anything wrong. If she doesn’t like you, that’s all on her, and it will probably be best to tell your parents about what’s going on.

Teachers can’t treat students differently, and they’ll know that and want to help, whether that means talking to her or talking to the principal.