WHEN YOU MOVED AND YOUR BFF IGNORES YOU 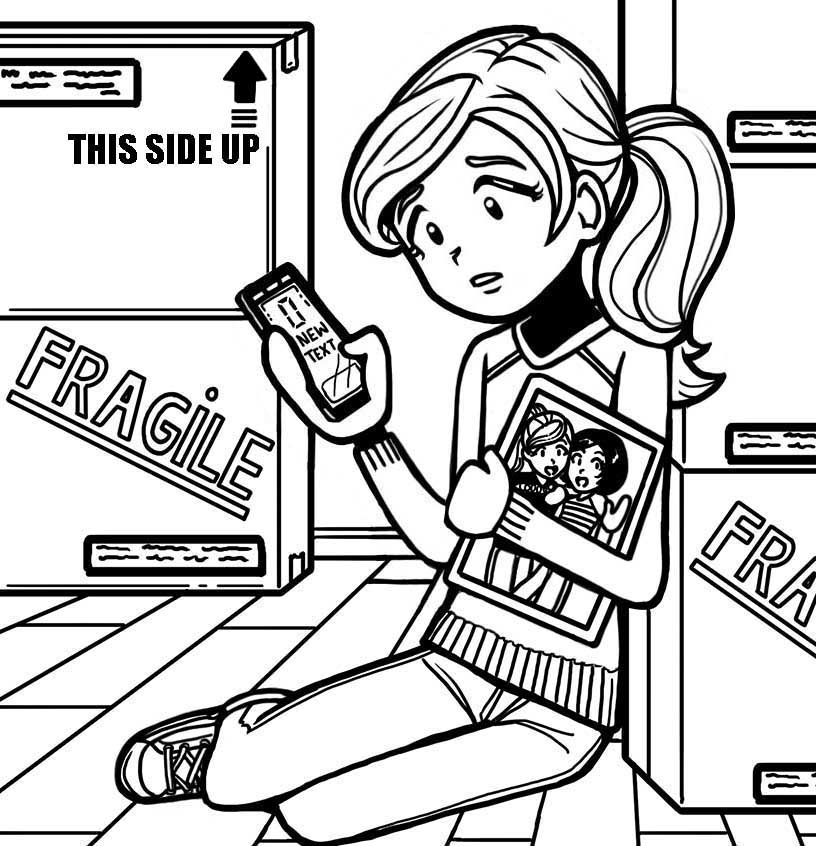 My BFF and I always hung out together until I moved. Since then, I’ve received about five texts from her. The last thing I heard from her was: “Sorry I haven’t texted in a while. Middle school is hard.”

Hi there, Troubled and Textless! That totally stinks that you haven’t heard from your BFF all that much.

But she brings up a valid point: middle school can be SUPER hard…so hard that you can forget all kinds of things while you’re stressing about homework, CCPs, and whether or not your fake vomit has enough chunkage to look real.

It sounds to me like she’s not really IGNORING you…she’s just trying to keep up with everything else she has going on.

People don’t text “I’m sorry” when they’re ignoring you. Instead, they delete your number from their phone, unfollow you on Facebook, and conveniently disappear whenever you log on to Skype.

And maybe, just maybe, they text something not-so-subtle to ditch you, like, “I’m going to be SUPER swamped until I graduate in 2020. Probably won’t TTYL!” (That means “talk to you later,” in case you just discovered technology last night!)

Since she’s made the effort to text a little and apologized, I think she’s just doing her best to get stuff done AND keep in touch.

And she’s probably trying to adjust to you not being in her life every day, which is totally hard, since you used to hang out on the reg (more Internet slang for “regularly.” Didn’t know that? Stick around…I have a TON more to teach you!)

It’s not easy to adjust to a big change like that. Been there, done that, so I know!

Even though I had some awesome friends at my old school, I knew when I moved that they couldn’t be my Chloe and Zoey anymore.

I still keep in touch with those old friends, but since I don’t expect to chill with them at the mall or find them huddled in the janitor’s closet anytime soon, I don’t text them 24/7.

Maybe she’s coming to terms with that and trying to meet other people.

As much as you might want her to be your chat-every-day BFF, you might need to do the same thing.

But don’t worry! Your friendship isn’t going anywhere just because you did. It’s just changing.

And you won’t feel ignored and lonely forever. Soon enough you’ll have new friends blowing up your phone with “OMG, my crush just smiled at me!” and “Hey, girlfriend! I’ll save a seat for you in lunch!”

It just takes a little time!

What do you guys think? Do you have any advice for Troubled and Textless?